Microservices with Spring Boot & Spring Cloud (I: The Big Picture)

My colleague and I went to Cloud Native Java talk by Josh Long and were immediately blown away. We’ve been hosting our own custom service discovery/ registration, config server, authentication services for our distributed systems, whilst Spring & Netflix had actually built, perfected, and open-sourced all these cool things and we could have just used them for free. What’s more, using them is just a matter of including several annotations!

So, I decided to learn more about Spring Boot & Spring Cloud. Here are the main references I took:

The following blog series is therefore, the by-product of my learning process (aka my notes).

Again, all credits go to the original workshop author Josh Long. This blog series is just a step-by-step guide, or if you will, written re-representation of his work.

The following diagram might be overwhelming at first. But this is what we’re gonna get to at the end of this blog series. 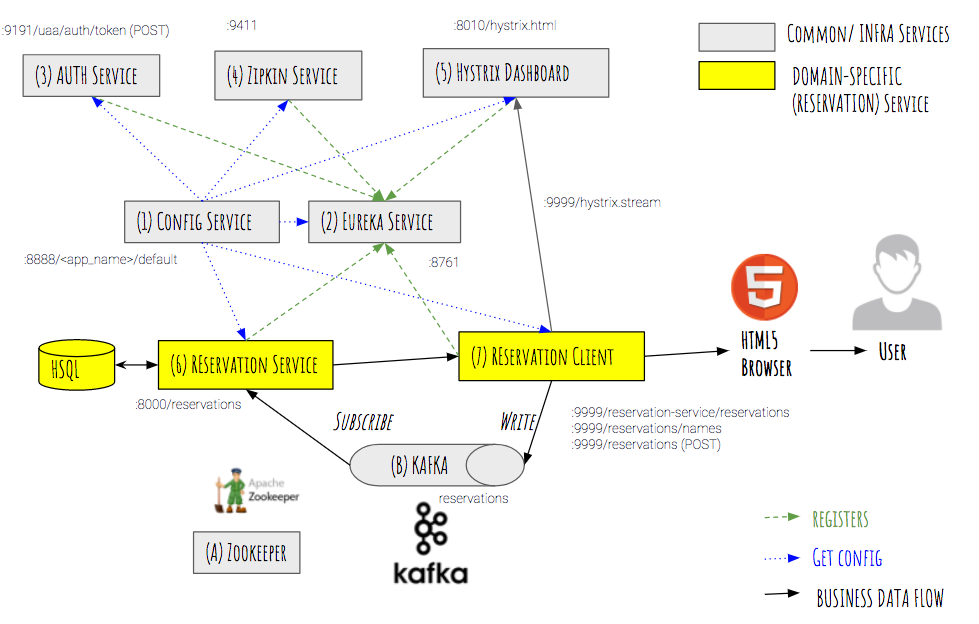 I saved the commands to start Zookeeper & Kafka here: